Nafisa Bakkar of the UK explains a few of her reasons for getting hitched at a relatively early age.

By: Nafisa Bakkar for Aquila Style

People get married in the United Kingdom at age 29, on average. As for me, I’m below the average by seven years – I got married at 22.

All these are questions I am commonly asked. But I don’t mind, because marrying at 22 was my decision – well, our decision I should say.

If the choice had been down to my parents, they would have wanted me to wait. But, as the saying goes: when you know, you know.

I could give you an endless list of reasons, but here are three:

Though in the future I may wonder what I really knew about life, my 20s seem like they’ll be one of the most turbulent times of my life (though probably not as turbulent as becoming a mother!).

I graduated last year, started a new job and I’m working on my startup too. To me, your 20s is about creating yourself, discovering what makes you tick, developing, learning and failing. I feel like I’m about to get onto a rollercoaster. With all your other 20-something friends on their own rollercoasters, no one is really invested in you like your husband.

For me, this is a time in my life where I really need a support system to tell me it’s okay to fail and to keep going, and also someone to share those little triumphs with. My husband is just that. And, just to note, him being my support system doesn’t mean he is always physically there. Some weeks I can count on one hand how many hours we have spent together. In fact, as I write this, he is away for work in Russia!

I once listened to a talk by Mufti Menk; he said: “Marriage is a character builder.”

I hope I’m different in 10 years. I hope my character is stronger, more empathetic, more patient and more caring.

I hope I am less temperamental, less stubborn and less sensitive. For me, marriage is one of the best character builders. The genuine love between two people nurtures the good and helps you work on the bad. Yes, marriage needs work, but it doesn’t feel like work.

There is something so liberating about being married. It’s not the end of my life, as many see it; it’s the beginning of a new and exciting adventure with my buddy by my side. It means that if I want to get up and go to South America, I’ll have someone to do it with. (Yes, contrary to popular belief, you can still do those sorts of things even once you’re married.)

So why did I tie the knot at such a young age? Simple: because I wanted my best friend by my side as we create memories and moments together! 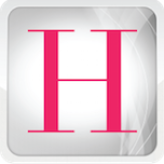 LEARNING HOW TO LET GO

Is Bringing Up Past Arguments Healthy for a Marriage?