She could never get the image of her mother’s bright green eyes out of her mind. The way tears of disappointment welled up in them, tears that she was the direct cause of, as she confessed her sin to her mother. Not a day went by without that 5 year old memory haunting her. Her mother’s tears pierced her heart with the fury of a million needles of ice, unforgivably cold and sharp.

As 23 year old Amani lay on the cold, hard floor, bloody tears trickled its way down her face and onto the ground. Her tears mingled with the drying blood that lay beneath her, some barely a day old, while some of the dead blood cemented on the ground were already weeks old. How many weeks, she wasn’t exactly sure of. She began losing count after the second week of horrors that she was subjected to, almost daily.

The events leading up to the confrontation with her parents replayed vividly in her mind, as if it just happened yesterday. She remembered her husband Sami’s words clearly.

“Amani, we have to. There’s no other way.” Sami took Amani’s hands in his own, his chocolate brown eyes demanding her undivided attention as he spoke. “Both our mothers and fathers can’t, won’t accept our desire to be with each other, even with us trying to make it right and permissible. We need to run away, tonight.”

Amani had never spent a single night away from her parents. She was never allowed to attend slumber parties or spend a night with someone else, even with her best friend Fatima, whom her parents saw as one of their own. The thought of doing such an unthinkable act with a boy frightened her.

But as she stared into Sami’s beautiful eyes, surrounded by thick, long eye lashes, she knew she wouldn’t be sleeping in her own bed that night. She studied his masculine face. His broad jaw line was lined with a thin, short kept beard which joined up with his sideburns. His small, straight nose was dotted with fine beads of sweat, and his reddened lips wait parted, beckoning her plump, pink pair for sweet kiss, which she painfully resisted. She had held off from getting physical with him for the sake of her imaan, for this long, and she was not prepared to have him touch her when they were right on the brink of marriage. They would have to be strong for just a little while longer.

“Okay,” she said, heavy-heartedly, “I guess we don’t have much of a choice huh? My parents flat out refused for us to get married, so did yours.”

“Good,” Sami grinned her victoriously, “I’ve got everything sorted. Don’t you worry about a thing.” He played gently with her nose, which always succeeded in irritating her.

“Sami,” she flicked his finger away. “You know I hate my nose. It’s so round and weird.”

“It’s not. It’s cute, you’re cute. I love everything about you. When will you see that you are perfect the way you are?”

She giggled shyly. “When I see whatever it is that you’re seeing.”

Sami’s heart always skipped a beat when he saw her smile. Her large hazel eyes lit up brilliantly, and her cheeks turned a scarlet red. Her fair, milky skin seemed to come alive with colour when she smiled. He studied her face closely, admiring every feature on it. He loved the way her dark silky tresses framed her face majestically. She kept a side swept fringe that rested on her black arching eyebrows, making her look even younger than her 18 years of age. That faithful night, was the single night she would always treasure and regret at the same time, and yet, she couldn’t help smiling at the memory, even though it hurt her facial muscles to smile.

As she lay sprawled across the floor, inside a remote building, she often wondered what she would tell her 18 year old self if she could ever turn back the hands of time. In being completely honest with herself, she didn’t think that she would ever go back on her decision to marry Sami. Her love for him ran deep beyond comparison, and though the predicament she found herself in could be an indirect result of her union with him, she bore it with patience.

The flat mattress meant to suffice as a spot for her to sleep was so badly drenched in her own blood and that of her miscarried child’s fetal matter, that it kept her from sleeping on it. The stench of dead, rotting blood and matter was so overwhelming, so revolting, she brought up whatever little food her imprisoners provided her with, just thinking about it.

Throughout her time spent in captivity, she found herself falling in and out of consciousness. She was starved out, to the point of near death. Each time her body had reached its near limit, they would force feed her things that a Muslim could never eat under normal circumstances. She was so severely beaten that her body became numb to anymore beatings.

Her surroundings were so dark, that she couldn’t even see the outline of her hand in front of her face. She wasn’t sure if it was in fact due to the lack of any light anywhere, or her eyes that were so badly punch in.  The only way she allowed herself to chew and swallow the swine and alcohol fed to her amongst other things, was the fear of them carrying out their promise to capture and harm Sami and the rest of her family.

All her life, she had never had the body she always dreamed of. She failed in dropping her childhood chubbiness, but at that point, her starved body became so thin, that the lack of meat on her bones threatened to end her life. Her wish of Sami finding her kept the flame of hope alive in her soul. The happy times they shared together kept her going.

They met online just a fortnight before her seventeenth birthday. It was the year of reformation for Amani. She had submitted herself to the Oneness of the Almighty, after leading a life of lies and deception. She grew tired of the constant fights with her parents. She was hanging around with the wrong type of people, doing wrong things, and because of it, her grades suffered, and she scraped through junior high school. This angered her parents very much, because for most of her primary schooling she actually held the top position.

When 10th grade started, she decided to try things differently, on the influence of a new student in her all girls’ class. She became intrigued by the new girl. She had a sense of purity and sincerity that Amani had never seen before. Fatima sparked the change in her that set her new outlook in life into motion.

Under Fatima’s influence, she no longer kept any contact with boys. She was no longer listening to music that poisoned her mind, and she was finally doing all her obligatory prayers each day, for the first time in her life. She was a new person, and everyone began noticing.

All of her relationships began improving, because according to Amani, this was due to her own relationship with her Almighty that had improved so drastically in such a short span of time.

“Oh my God. You have to join this online chat room,” persuaded her older sister Jehan one night.

Jehan had just walked into Amani’s room wearing her work uniform. Jehan was a beauty therapist, and 4 years older than Amani. The two sisters looked worlds apart. Jehan had eyes that were even lighter than Amani’s. At times, they had a ring of green around her pupil’s. She had a thin nose with a rounded tip and thin lips. She was short compared to her younger sister’s tall, athletic frame.

“What now?” Amani sighed at her sister’s enthusiasm. Jehan was a bit of a socialite, while Amani preferred more of a type of solitary confinement. She’d much rather spend the afternoon with a book and a slab of chocolate than with strangers.

“Oh c’mon, boring,” grunted Jehan. “It’s nothing weird or anything. It’s just a bunch of girls from around South Africa chatting about random things. It’s a nice platform to get to know new people. Just the sort of thing you need.”

Jehan pushed Amani to the center of Amani’s bed and sat next to her. She removed the black hijab scarf from her head and let her mahogany waist-length hair hang loose into her sister’s face, causing Amani to wince.

“I have friends, thank you,” replied Amani.

“Besides your classmates?” asked Jehan.

“That’s exactly why you need to meet other people! Introduce some contrast into your life. Your social life is as bright as this room. Just look at it.”

Jehan scanned her sister’s room in pity. The walls were cream, dressed with absolutely no posters or pictures save for a year calendar.

“My room happens to be neat, thank you very much.” said Amani.

“Yeah, that, and boring. Oh come on sis! I’ll help you sign up,” she grabbed Amani’s cell phone and scanned through it. “It takes a few minutes, that’s all.”

“Ugh, fine. If that’s what it takes to get you off my back.”

Within a few minutes, the sisters were laughing at inside jokes shared on the mig33 chat-room called Muslim Girls. They talked with hundreds of different girls from all over the country. They were seen on their phones quite often, laughing aloud, while their paranoid mother grew more and more suspicious of them.

“Will you two stop laughing at your phones and finish your dinner!” she scolded one evening and threatened to take them away, had they brought with them another time with to the dinner table. Unfortunately, the innocent fun was short lived. The chat-room was discovered by frisky young men who were looking for a good time.

One particular boy, with the username Sami_33, kept sending her private messages, and Amani grew increasingly agitated with him. He must’ve given up, she thought to herself. For weeks he was sending her the same messages, asking her about herself. She ignored them, and he stopped sending them. Nearly 3 months had passed before he sent another.

“You should take down that profile picture of yourself,” he texted, in yet another private inbox message.

“And why is that?” she replied.

“So that a thousand other idiots like me, won’t fall in love with you too.” 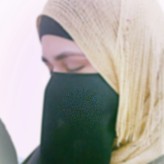 I am A South African born writer of Asian descent married to a Kenyan, which is a place i draw inspiration from while writing. I have one published novel (6 broken hearts), and several blog stories which have all gone viral. i blog at www.talesofthesisterhood.wordpress.com and i am very active on the facebook page Tales of the Sisterhood.

The Tone of the Top

Hayati Magazine@Hayatimagazine
222 Following 573 Followers
The Journal of a Traveler – Something New https://t.co/C7bwfL1DXV
12 hours ago
KD Sisters Style https://t.co/gnHTIRKX95
3 days ago
Raising Mumeens — An Interview with the Author https://t.co/YvEw5Nr2lx
1 week ago
Written Versus Not Written Stuff : Child Soldiers and Islam https://t.co/jbMJz94BS5
2 weeks ago
The Test — A Review https://t.co/KSvCtDKH0t
4 weeks ago