There is nothing quite like a good book that transports you to another time and space, makes you smile and cry, laugh out loud and jump in joy. There is nothing like a good book, while reading which, you live several lives and make new friends and at the end of which, you are left thoroughly refreshed and most importantly with new perspectives.
Here is a carefully selected list of 5 books that will definitely have an impact on the readers!
1. When life begins by Abu Yahya:
Originally written in the Urdu language but beautifully translated (which is a rare feat), this book is one of a kind in Islamic literature. ‘’When life begins’’ takes you on a journey of life after death, in a very precise chronological order as stated in the Quran and Hadith. Narrated in the form of a novel, this book is engaging to the last page. This book is narrated from the point of view of a very pious person, who witnesses the scenes of the Day of Judgment. In these testing times, it is so important to keep in mind the reality of this world and the reality of the next. This is a book that is truly life-changing, it is a wake up call towards being aware of the appointed hour! It will definitely give a boost to your iman!
2. Don’t be sad by Aidh Al Qarni:
Originally written in Arabic, ‘’don’t be sad’’ is a guide in the light of Quran and Hadith to deal with depression and tough times. Battling depression is not an easy task, and some situations in life make it difficult to understand the decree of Allah. What better way than to receive guidance in the form of a book, without having to really discuss the issues, which most people going through depression find it difficult to do so. It offers short stories, recounting the events of the past and how the Sahaba and general people went through tough times, and eventually made through with firm faith in Allah. Not everyone can interpret the meaning of Quranic ayahs and it is better to look for scholarly guidance during such times! This book is a must have for everyone!
3. Little women by Louisa May Alcott:
Generally referred to as a children’s book, this book is definitely for all age groups and every time period! ‘’Little women’’ is jam-packed with deep life lessons and the joys of simple living. This is a gripping tale of four sisters namely Margret, Jo, Elizabeth and Amy. Set in the backdrop of the American Civil War, their father has left the four girls with their mother and gone to the war to serve his country. The girls are young and admirably mature for their own age. They know how to have fun and when to stop, despite losing track every now and then, they learn their lessons and serve as a strength to their mother. The deep rooted values of love and mutual respect, compassion towards the less fortunate, sacrificing for the happiness of others and holding together as a family is the most heart-warming thing to read! This book is said to be the personal emotional experiences of the author with her real life sisters and is a pure joy! This book is followed by Good wives, Little Men and Jo’s Boys.
4. Pride and prejudice by Jane Austen:
While most of our readers might probably have already read this book, we couldn’t leave out this highly acclaimed classic off the list! This is the story of Mr. and Mrs. Bennet and their five daughters, two of whom are of a marriageable age. Elizabeth Bennet the second of the five daughters is intelligent, vibrant and unapologetically herself and a little prejudiced. Mr. Darcy- rich, handsome, infamous and proud. With pride, prejudice and many months between them, the two come face to face on many occasions. What happens when pride and prejudice collide? With strong characters and beautifully written ‘’Pride and Prejudice’’ is truly the most delightful love story ever! This book is unmatched even in the contemporary romance genre! You shall have to read it to know why!
5. A thousand splendid suns by Khaled Hosseini:
To those of us who have always wondered what it’s like for the people living in times of war, and how it affects the lives of people, this is a book that says it all. A deeply moving tale of Mariam and Laila brought together under the same roof by the most unusual circumstances. From being little girls to transforming into women of titan strength, this tale of two women will leave you utterly heartbroken and you will find in yourself a new-found respect and pride in being a woman. Set in the war of Afghanistan and the constant civil war that has plagued the country is a story of people who have suffered and lost their lives to the senseless violence. This book not only recounts the war but also explores the rich culture of the people of Afghanistan before the onset of war. This is a deeply moving story and a must read for all women!
Here’s wishing you all a quality read! 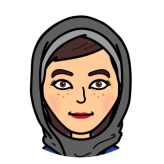 “Wear What When!” The Book

A Prolific Author “Without Trepidation”

Off to Work Mummy Goes

How Much Does Allah Love Me?

Hayati Magazine@Hayatimagazine
210 Following 542 Followers
How Much Does Allah Love Me? https://t.co/zuta0ShYSB
3 years ago
“Makeup For Your Soul” Speaks to Girls and Women https://t.co/YXYSbWsxbz
3 years ago
Abayaholic: Comfortable and Ethical https://t.co/VnQYbGoeoR
3 years ago
Storyteller of Human Emotions and Triumphs https://t.co/YGmSZcAv4I
3 years ago
On my first day at university, I was anxious about not knowing anyone. So I tried to cling on to people who looked… https://t.co/Pc4XksZtIX
3 years ago